The tradition of drinking tea in Britain.

The British are the major consumers of tea in the world, but this beverage appeared i 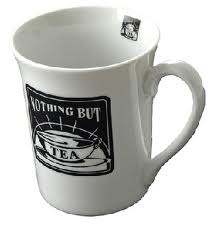 n England only in the mid 17th century. The first tea’s importers from Asia were the Portuguese and the Dutch in 1610.
Tea became very popular thanks to coffee houses and it is still the Britons’ favourite drink. A lot of people drink even six or more cups of tea a day!
Black tea with milk is the typical British way to serve tea. But, even though tea drinking is worldwide considered as a refined cultural element, the British consume it in mugs and so often that most offices allow their employers breaks for tea.